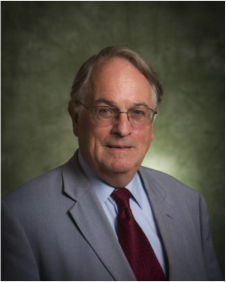 The first ISSI Senior Award was presented to Prof. Stanley Whittingham of Binghamton University and President of the ISSI from 2009-2011.

He presented a special invited talk at SSI-21 in Padua, which was entitled:

“Solid State Ionics – The Key to the Discovery, Introduction and Domination of Lithium Batteries for Portable Energy Storage”

In 1967 a revolution began in solid state electrochemistry when Ford announced the high ionic mobility of sodium ions in beta alumina, a highly non-stoichiometric material. To measure the ionic conductivity of these materials, mixed ion and electron conducting electrodes were required such as LixV2O5 or NaxWO3. The concept of non-stoichiometry was not a part of the battery community’s language; Dalton’s Law still prevailed. The use of mixed conductors with fast ion conduction led to the recognition that intercalation reactions themselves could be used to store energy, particularly when the mobile ion was lithium. Early efforts focused predominantly on layered structures, such as LixTiS2 and LixV2O5. Exxon briefly commercialized LixTiS2 using a LiAl anode (Whittingham); this was followed by MoliEnergy with LixMoS2 using a pure Li anode (Dahn), which led to a number of safety issues. It was not until an intercalation anode, C6Li (Basu) was combined (SONY) with LiCoO2 (Goodenough) that a commercially viable battery became available. Such batteries now dominate portable energy storage and even are entering MWh size grid storage. Each one of the components depends on an understanding of Solid State Ionics to be successful. However, even today Li cells only store 11-25% of their theoretical capacity. We need to “close this gap” by enhancing both the ionic mobility and the electron mobility in the materials, so that thicker electrodes can be used. There is also a resurgence of interest today in solid electrolytes that would enable the use of pure lithium anodes. These issues will be discussed together with a projection into the future. Many thanks are due to Esso (now ExxonMobil), US DOE, Stanford U. and many colleagues for support over the last decades.

ISSI Board of Directors nominations

ISSI members are invited to submit names of colleagues for positions on the International Society for Solid State Ionics Board. Per the ISSI By-laws, the Board is comprised of 5 Officers and 14 Councillors. Board elections are held during the SSI conference. Board positions becoming available in July, 2022, are as follows: